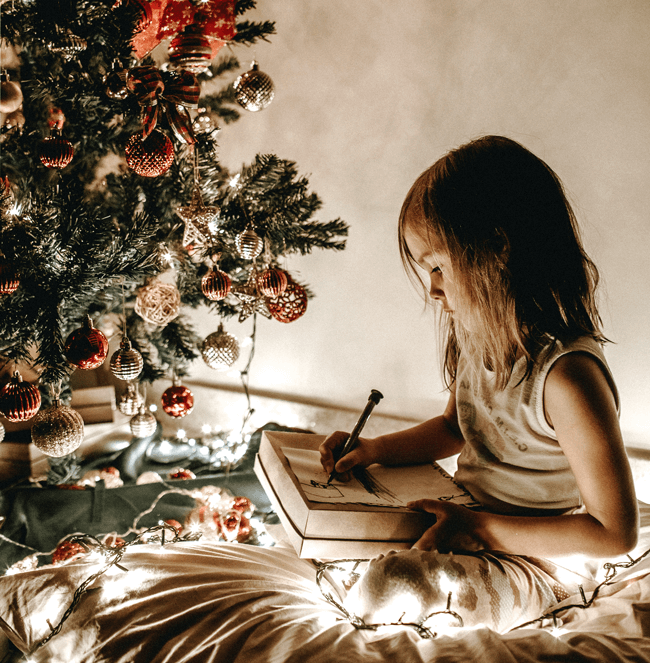 Does Seasonal Marketing Really Work? It’s that time of year again – when, armed with lengthy Christmas lists, we venture out in the cold to brave the throngs of people battling each other over the latest must-have toy in malls everywhere. It’s almost like being part of something…

It’s that time of year again – when, armed with lengthy Christmas lists, we venture out in the cold to brave the throngs of people battling each other over the latest must-have toy in malls everywhere. It’s almost like being part of something straight from National Geographic, but with Christmas music as the soundtrack. It’s also the time of year when companies tap into their holiday marketing budgets to “Christmas-fy” their product or service offering. To some, that might mean forcing employees to wear exceptionally chic Santa hats. For others, it might mean a no-holds-barred approach that puts competitors to shame.

Seasonal marketing is the topic of much debate. Poorly executed campaigns run the risk of making a company look cheesy, out of date, or even desperate; while innovative and creative campaigns do more than keep a company’s product or service top of mind – they establish a genuine emotional connection between consumer and company. So, how do you ensure you’re on the right side of the mistletoe? Let’s take a look at some of the most successful seasonal campaigns to date, and what made them work.

Who doesn’t love M&Ms? Now, make them red and green for the holiday season and what do you have? A clever, simple, and seasonal marketing campaign that has held it’s ground for almost two decades. The campaign itself included updated displays for the holiday season, as well as television commercials that promoted the new holiday candies. It was tongue-in-cheek Christmassy and everybody loved it. And the subtle, “cutesy” aspect of the campaign made everyone associate Christmas with M&Ms. It’s simply not Christmas without green and red M&Ms. A stocking without M&Ms? Unheard of; which is a testament to a well thought out, well-designed, and beautifully executed seasonal campaign.

In 2013, WestJet had set up interactive video booths at select airports, streaming a live Santa in which children and families could interact with. Santa asked the visitors what they wanted for the holidays, and the visitors answered; not knowing that the instalment was more than just a fun way to pass time and keep the children happy. What really happened was that WestJet had a team of over 175 volunteers secretly fulfilling those wishes in real-time. During the customers’ flights, WestJet had their team rush out to stores to purchase the gifts people had wished for prior to taking off.  Upon landing those gifts unknowingly came out of the baggage carousel, neatly wrapped and tagged with each flyer’s name who had made a wish.

The concept was clever, heartfelt and original, but it didn’t stop there. WestJet made it publicly known that if the video reached 200,000 views, they would donate flights to a families in need through the Ronald McDonald House charity.

So why did this campaign work? It was genuine — WestJet actually helped a lot of people in need and helped perpetuate children’s belief in Santa. Customers aren’t stupid, they respect honesty. The video has since gone on to be viewed over 36 million times.

Another company who nailed their seasonal marketing campaign through the gift of giving was eBay. In 2012, the ecommerce giant created large, interactive window displays in New York City and San Francisco. Created to look like animated toy store windows, passer-bys could use their smartphones in tandem with a QR bar code to help children in need. The concept was simple: download the eBay mobile app, scan a QR code in the window-display with your smartphone, and donate money or toys to children in need. Easy.

Why did it work? The creativity of the display was naturally an attention grabber. Combine that with interactivity and the good feeling that comes with giving back, and eBay had a winner.

So, what makes successful seasonal campaigns so successful? Planning, timing, foresight, and a high level of creativity. Deep pockets also help. Executing a seasonal campaign like WestJet is not an inexpensive endeavour. It’s important to ensure you aren’t stretching your budget too far – do something you can afford that will make you look like a rock star instead of pushing it so you look like a Scrooge.

More than that though, the most important thing to keep in mind with any seasonal marketing campaign is the reason why you are doing it. Don’t just put Santa hats on your staff because you see that’s what your competitors are doing. Why not set up a face painting booth inside your store manned by Christmas elves? If you are leveraging the spirit of the season to create an emotional connection to your brand, it will look genuine. Customers respect that with loyalty.

Seasonal marketing is a way of showing your customers that you are more than just some boring group of people in a boardroom counting money all day. It’s an opportunity for you to approach your customers on an entirely different level, and say: “This might be what we do, but it’s not the whole picture. We’re here for you. We do it for you. We value you.”

And like so many things in life, people can tell when you’re being genuine. It will only work if you mean it.

I think this should be left out. It doesn’t quite fit, and the post is long enough as is. I would recommend writing a separate post on the Coke campaign and then linking to it from this post. That said, if you’d like me to edit this bit of text, I will do just that.

You’re right, it isn’t Christmas related, but it is an example of a seasonal campaign that was perfectly executed.  Has there ever been a seasonal campaign that has ever been rolled out, on so many platforms more seamlessly than ‘Summer of Sharing’? No. Never. Online advertising, television spots, movie passes, huge social media presence (including hashtags people actually used), touring mini cola dispensers, concerts, building sized billboards and subtle branding modifications — this was massive.  Coca-Cola is now on the last leg of what has been arguably a more successful move than when they joined forces with the Olympic Games over a decade ago.

If you are living on the moon, maybe you haven’t noticed the global seasonal campaign. But borrowing heavily from social media’s ‘sharing’ moniker,  producing personalized Coca-Cola bottles and doing an array of technologically amazing mini-campaigns globally wasn’t the key to the success of this campaign. It was timing. It was also money, but mostly timing.

I work in marketing, so when I got a text of a can of Coke with my name on it, they already almost had me. How had they kept such a massive marketing plan from leaking into the general public?  It hit us all at once. By the time I got home from admiring the 7-11, which had amazingly transformed into one giant Coca-Cola ad (people crowding around fighting over the last Laura Coke bottle), it was all over social media. People were organically sharing what they saw as a personal connection they had with coke, and now all the delicious lovable beverage had to do was provide the hashtags. Which they did. Once Coke had our attention, it did what so few companies are able to do, they kept it. Tech tricks, engagement campaigns and online marketing kept the entire campaign going from the first Valentine’s day coke machine until now, as we fall into ‘Sharing a Coke Before Summer Ends’.

Just when I think I’m getting bored with this one, they keep doing something that makes me go buy another flat of Coke. Text the Billboard to see your name? Amazing. Share virtual happiness? Tear Jerking.

What’s the name of their competition called again? Nobody, that’s who. And it’s Coca Cola’s perfectly timed execution and budget, that allowed the campaign to have such an effect. 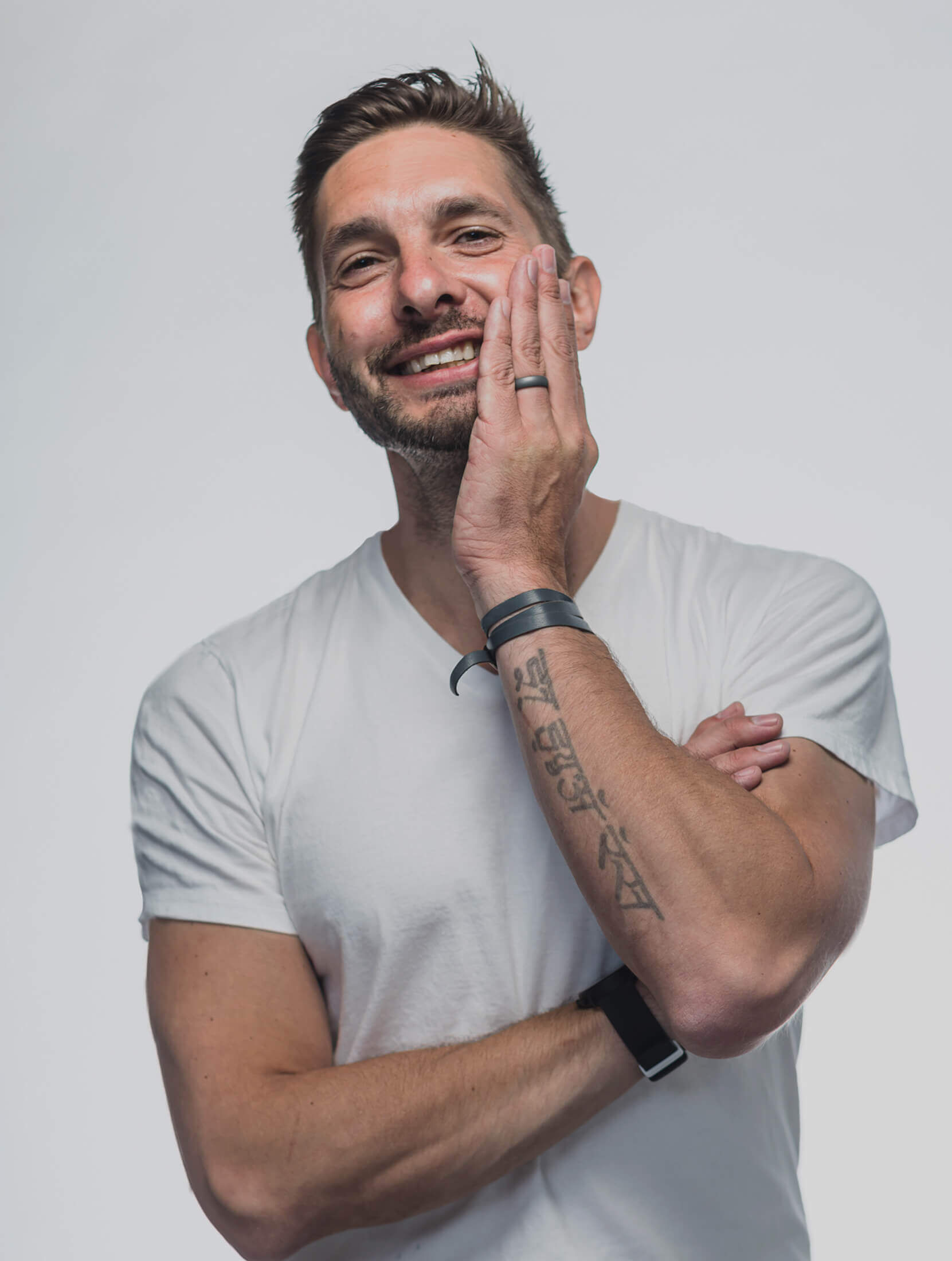